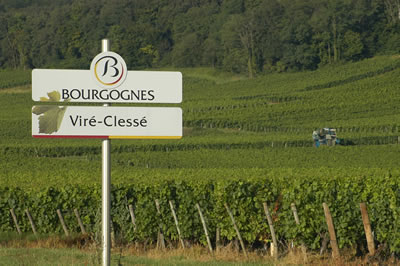 In 1963 the producers filed their first application to the INAO for Viré and part of Quintaine, a neighbouring hamlet, to be classified an AOC. The application was rejected as it was thought to have been submitted for commercial reasons, and because the area did not produce sufficient hectolitres to qualify.

A second attempt was made in 1973, this time in conjunction with the 17 districts in the canton: this request wasn't even considered, as the area involved was far too big. In 1988 the Syndicat Viticole of Viré, decided to start from scratch and submit a more robust application compiled by 15 determined winemakers.

Tastings were given and plans submitted to the Union des Producteurs de Vins Mâcon before the winemakers followed the usual procedure, i.e. approaching the INAO in Mâcon, and then the regional and national authorities.

The commission of inquiry's report was favourable but expressed the wish that Viré’s application be merged with that of Clessé (a neighbouring district which had also submitted a request in parallel). The wine producers (co-operatives and independent producers), therefore decided to join forces and request that "Viré-Clessé" be classified an AOC.

After a few twists and turns, the application was re-submitted in November 1997 and gained two thirds of the vote. A decree was passed on the 4th of November by the INAO, signed on the 26th of February 1999 by Lionel Jospin - the Prime Minister, Dominique Strauss-Kahn - the Finance Minister and Jean Clavany - the Minister of Agriculture and Fisheries. The 28th of March 1999 therefore marked the birth of this communal appellation (the day it appeared in official documents), bringing with it high hopes for the appellation’s future.

Today, the winemakers of Viré and Clessé can be proud of their achievement. This appellation came about thanks to the quality of their work and their wines and was the result of two teams working together intelligently. Through this accomplishment, the winemakers have paid tribute to past generations who planted and tended these vines with knowledge and skill.

The recognition of the appellation has also enabled the two villages to develop joint sales and marketing strategies to increase awareness and further build the quality image of their wines. 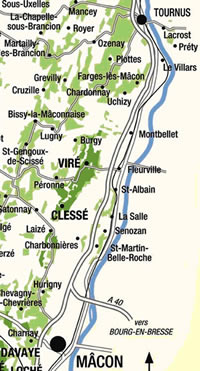 The Cru is made up of two slopes running north-south, bordered by the Bourbonne and the Mouge valleys. These are composed of Bajocian limestone, and strata of marl-limestone from the Oxfordian Period (Jurassic). At the bottom of the slopes, two other soil types can be found: clay mixed with "Chailles" (sandstone pebbles), which faces east and drains well, and "Cray", a type of soil found in the Macon area made-up of limestone with white stones: the best soil type for Chardonnay. Altitudes vary between 200 and 440 metres.

White wine is made here, exclusively from the Chardonnay grape. 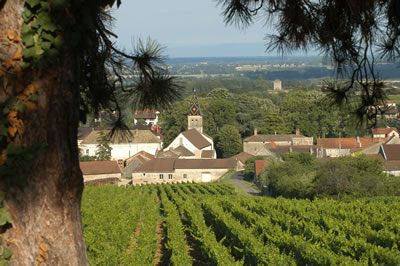 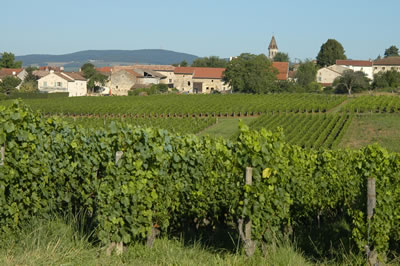 Made solely from Chardonnay (a white grape variety), the wines of the Viré-Clessé AOC are intimately tied to and influenced by their terroir.

Situated on the hills of the Mâcon region and catching the morning sun, the vines benefit from the influence of the Saône River, which creates ideal conditions for early ripening. The clay-limestone soil brings a mineral structure and good acidity to the wines, which become very ripe and fruity and always boast lovely length on the palate.

The wine producers bring their own, individual skill and leave their mark on the wines. Some choose to wait longer before harvesting to achieve a more aromatic, heady, fuller style of wine.

They all, however, seek to make wines that are well balanced, rich with pure aromas, and which are a pleasure to drink. These wines release a whirl of powerful aromas of white peach, apricot, hawthorn, roses, citrus fruit and honey....a multitude of flavours!